Imports of US pork set the right direction

President Tsai Ing-wen (蔡英文) has taken the bull by the horns and is to allow imports of US pork products containing traces of ractopamine. This decision has important ramifications for Taiwan’s international status and future direction.

The controversy over the new policy reflects the practical dictates of international and domestic politics that have defined Taiwan’s fraught and distorted status over the past three decades due to China’s sustained intimidation of Taiwan, as well as its hysterical suppression of the nation on the international stage.

On the geopolitical level, since coming to power, Chinese President Xi Jinping (習近平) has taken a wrecking ball to former Chinese leader Deng Xiaoping’s (鄧小平) policies of economic reforms and opening up, as well as to the “collective leadership” model of power succession within the Chinese Communist Party (CCP), in favor of a return to the dictator-for-life model preferred by Mao Zedong (毛澤東).

Xi has jettisoned Deng’s foreign relations principle of “concealing one’s strengths and biding one’s time,” and instead pursues Mao’s nationalistic hegemonic expansionism. China has not only taken to strutting around like a neighborhood bully in the Taiwan Strait, and the East and South China seas, it has also resorted to stealing US secrets, high-tech research findings, and economic, political and military intelligence.

It is no wonder the US has woken up to this unscrupulous behavior and openly abandoned the approach of former US president Richard Nixon.

In terms of international trade, US-China trade relations in the changing geopolitical climate have declined well beyond simple tensions over trade deficits. As US Secretary of State Mike Pompeo has said, the threat coming from the CCP does not only affect the US economy, freedom and values, it has gotten to the stage where it threatens freedom and democracy throughout the world.

While US President Donald Trump announced his intention to decouple the economies of the US and China, Taiwan is simultaneously attempting to divest itself of overreliance on China. The two nations appear to be entering a crucial period of a new international trade system.

The restrictions on US beef and pork imports has been an obstacle to Taiwan-US trade. If they are not removed, Taiwan would find it very difficult to break away from reliance on China.

Xi’s dismantling of the “one country, two systems” model in Hong Kong, the attempt to cover up the origins of the COVID-19 pandemic and China’s irregular military activity throughout the Asia-Pacific region, have fundamentally altered the US’ appraisal of its positions toward Taiwan and China.

Taiwan is thus not only linked to the US in terms of trade, politics and democratic freedoms, it also has the opportunity to become a part of the global alliance of free, democratic countries.

Taiwan is clearly crucial to this three-way relationship. Taiwan is one of the pillars of US national interest, not a pawn to be used in furthering it.

The small step of allowing US beef and pork imports to Taiwan might not only lead to talks for a bilateral trade agreement with the US, it might also lead to other bilateral, multilateral and regional trade negotiations with Japan, the EU and the Comprehensive and Progressive Agreement for Trans-Pacific Partnership.

In terms of Taiwan’s national interests, Tsai’s decision is a major step forward. 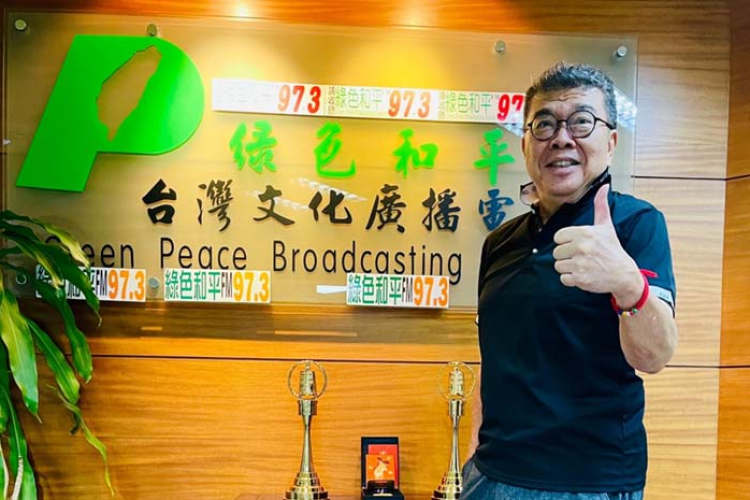